Learn about the four ways apostle Paul built trust and grew local giving across the ancient world, how you can model his strategy, and what ECFA is.

Gary: How did Paul build trust and grow local giving across the ancient world? 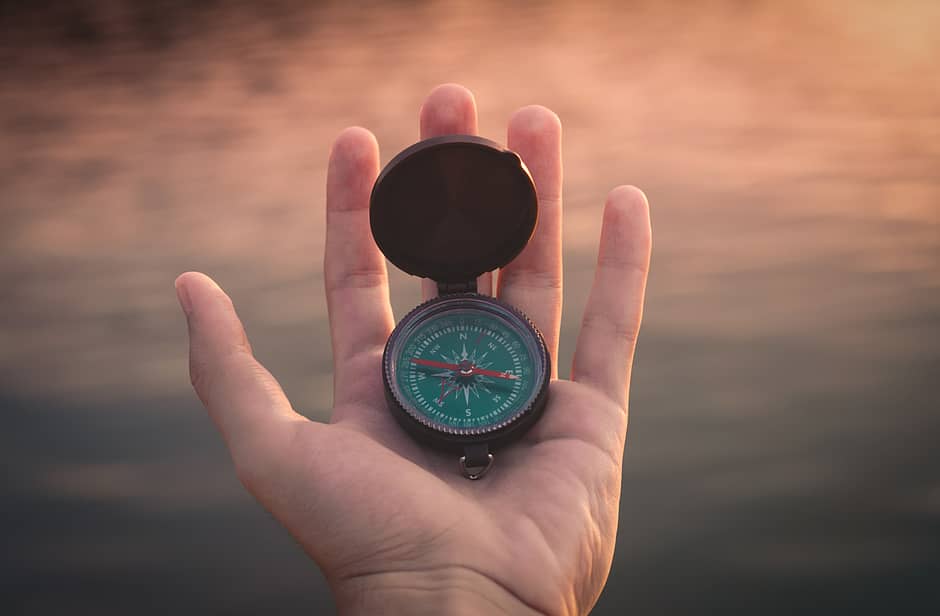 1. Paul Gave Consistent Directions to Everyone About Giving to Grow Faithful Stewards

The first thing Paul did was he gave consistent directions.

1 Corinthians 16 says, "Now concerning the collection for the saints, you should follow the directions I gave for the churches in Galatia."

And so what he's gonna do is he's going to give the same stewardship instructions to everyone, 'cause his goal is to grow faithful stewards.

And he continues. "On the first day of every week, each of you is to put aside and save whatever extra you earn, so that collections need not be taken when I come."

So the biblical directions were to be shared widely, so he had an objective. He aimed to multiply faithful stewards.

If I step back and say to you, I had a 20 year career as a chief development officer, raised about $50 million for the kingdom, and in my experience, I realized early on in my work that my job wasn't so much raising up gifts for Biola University or Denver Seminary or Colorado Christian University.

It was to raise up givers for God's kingdom. And I discovered this is exactly what Paul does. We must do the same thing today.

We get to teach people to live simply and give proportionately.

And so that's what faithful stewards do. They live simply and give generously. Second, what Paul did to build trust and grow local giving is he continued in this same text, and he directed local groups to have credentialed workers handle the money.

Listen, as I read. "When I arrive, I will send any whom you approve with letters to take your gift to Jerusalem. If it seems advisable I should go also, they will accompany me."

Paul knew that if just anybody handled this money, and it was found out to be corrupt, that it would hinder the generosity.

So the careful handling of ministry finances by trustworthy, skilled people, aimed to grow confidence in participation.

And when we put forth this sacrificial service, we build trust through our commitment to faithful administration.

And I have to confess this. My first degree is accounting. My second degree is an MDiv in missions and cross-cultural ministry.

Why is that significant? When I'm studying Greek and Hebrew in seminary, I have this deep knowledge of accounting.

Almost none of my friends had any background in business whatsoever, okay?

In Greek and Hebrew class. When they're reading all these accounting terms, they're going right over their head and I'm kinda latching onto it, and I'm going, wow, credentialed workers.

And so, whether you're like a CPA or a chartered accountant, Paul wanted people who had credentials handling the money.

The third thing, and this appears in Paul's second letter.

And by the way, to put these letters in context, Paul orchestrated the Corinthian collection in the prime of his career from about AD 53 to AD 58.

So from about AD 46 to 53, he traveled and established churches. What he did from 53 to 58, was mobilized them all.

Now, when he used administrative standards, I won't read it at length, but what he does is he wants the collection handled by at least two people, which is, in accounting, is financial controls.

And he wants them to be sure to do what's right before God and man, because he believed this was important because a financial mismanagement could bring dishonor to the name of Christ, and he really wanted to prevent corruption.

And so he used administrative standards that he wanted followed by people everywhere, so that the collection was handled in a consistent way.

4. Paul Affixed a Seal to Build Trust for People to Give Generously to God's Work

And lastly, and this is like the best part, because people asked me when I served as ECFA international liaison for five years in a very, very part-time role, a few days a month, or now as as CEO of GTP, they say, well, why should we go through the work of complying with ECFA standards?

And there are seven standards of evangelical council for financial accountability. Why go through the process of getting a seal?

And the answer is ECFA affixes a seal because Paul affixed a seal. In Romans 15, actually, in verse 28, he says, "After I put my seal on this fruit of theirs."

It actually only appears in the NAS translation, 'cause most translations interpret it, rather than just translate the Greek, which is, after Paul affixes his seal on this fruit of theirs, he's gonna come visit them in Rome.

Now he's in Corinth. So watch. He gave the same directions to the Galatians. He gave them from Ephesus.

Now he's in Corinth, on his way to eventually, to Rome. So he's sending them this letter, and he says, "I want to affix a seal on this collection.

So people will know it's been handled with integrity," and seals enhanced trust back then, and they do the same today.

They bear witness to faithful compliance to standards before a watching world.

What if You Did This in Your Context?

Churches and ministries in many nations are affixing a seal to build trust and grow local giving. And so, I'm gonna go to questions here in a moment.

And the question that I want you to start brewing in your mind is what if you did this in your context?

What if you gave consistent directions to everyone?

By the way, you're gonna have to model it first, 'cause don't export it until it's working at home. What if you had credentialed workers handle God's money?

By the way, it takes more time and energy to have financial controls and to have, like we just, at GTP had to pay money to put an auditor, but the auditors' verifying as an independent financial person that we have handled the money faithfully, which gives confidence to people who give to GTP.

Paul used administrative standards, because it was about preserving God's honor and preventing human corruption.

And then Paul affixed a seal to build trust for people to give generously to God's work.

And so again, before we go to this question, what if you did this in your context, I wanna just share a story of the formation of ECFA.

How the Evangelical Council for Financial Accountability (ECFA) Was Formed

It was the year, and by the way, I'm gonna unshare. Let's see, how do I undo this, unshare screen?

So I want you to see me as I share this story.

It was about 40 years ago, and there were television evangelists who were raising money for this and spending it on that, and as a result of doing this, it was causing trust in America to start eroding.

When this took place, trust is eroding, a couple senators picked up the phone and called a guy named Billy Graham and said, if you guys in the church and ministry sector don't regulate yourself, we're gonna regulate you, and if we regulate you, it's not gonna be pretty.

Like this is not gonna be pretty. And so you guys need to get your act together.

So Billy Graham called World Vision, and a handful of other foundation partners, and they said, we gotta agree together to follow standards of faithful administration and governance.

We gotta agree that we're gonna have a statement of faith and that we can actually demonstrate we're living according to it.

We gotta agree that we're gonna have an independent board so that we have oversight.

We have nothing to hide. We're going to demonstrate that we're using resources in compliance with laws, we're avoiding conflicts of interest in our compensation setting, and we're faithfully stewarding charitable gifts.

So if we're raising money for something, we're spending it on that.

And so I say all this to say to you, oh, he's showing you, that ECFA was formed 40 years ago.

And today ECFA has 2,475 and I know this, because two days ago, three days ago, I got a phone call that GTP was approved as the 2475th organization to be accredited to following these seven standards.

And what this does is build trust, because last year, over 2,400 ECFA accredited ministries had a total revenue over $27 billion.

My favorite last part of the ECFA story, over 40 years, I'm preparing a room for an event. The woman who's bringing in the food sees my lapel pin and says ECFA.

She walks over to me. This is in Los Angeles, two years ago, at a ECFA event. She says, "That pin on your lapel. I know that seal."

I said, you do? She doesn't know that I work for ECFA. She goes, "I know that seal."

And she says out of the blue, "My husband and I don't make any giving unless we see that seal."

And so what I wanna go back to now is that ECFA in America is an example of an organization that has established standards.

And I'll tell you about what about 10 other countries are doing, but I'm asking you to start.

What if we actually followed the footsteps of Paul to, as I mentioned to you, build trust and to grow local giving?