The Center of Gravity of Fundraising

Learn about the four concentric circles that lead to the center of gravity of fundraising: acquaintance, friend, advocate, and advisor.

Rob: Today I want to describe this center of gravity of fundraising.

And it is like a gravitational pull that attracts in the donors and investors to your work and those that may come alongside as volunteers or staff or as wise counselors.

And so I want you to picture a box that includes a universe, and that universe is yours. That is, the universe from which you should draw your support.

But whatever that box is, and so for Lilian, it's the entire region of Africa or at least English, I think it's for both England, not England, English speaking, French speaking and Portuguese speaking in Africa, is that correct?

So, but that's her universe and what's her funding universe? Is it expanded past African continent to Western sources or sources from other settings?

Now in that box, there's a Sun, a center of gravity that holds it all together.

And that is the structure between the executive and the board. That is the accountability structure.

And that executive, Alyssa to get to some of your questions, was a part back to your question, can be a we or an I.

So it can be your executive team. It can be you. But that connection between the executive in you is what's critical.

Now, in the coming sessions, we'll have some graphics that I'll show on this, but picture this universe and then picture a bunch of stars in the universe, outside the orbit of your mission. Those are your potential investors.

And then there's several layers in the universe that concentric circles that lead to the center of gravity. 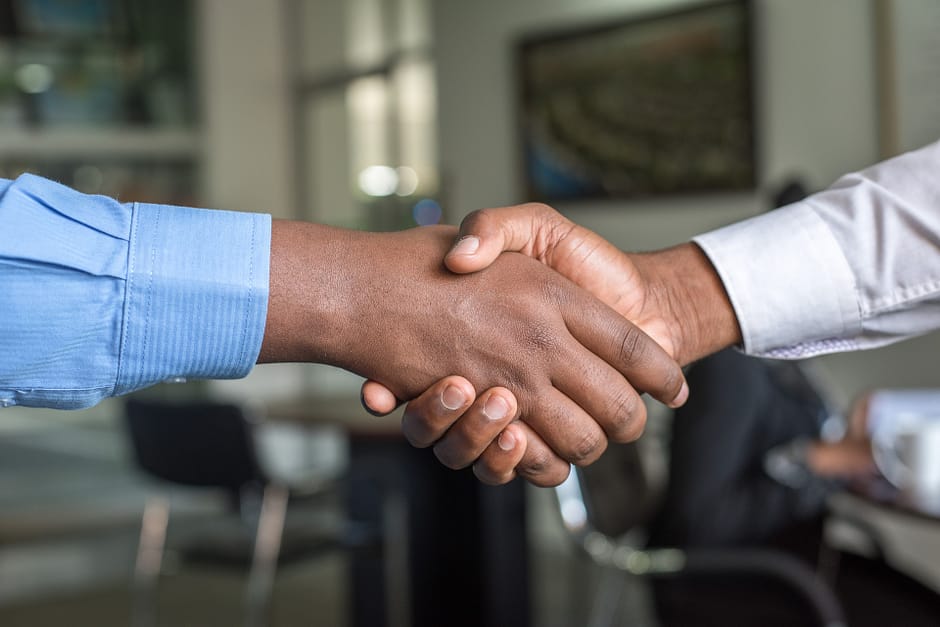 And so the first and outside circle is acquaintance.

That is when you acquire a giver, and we're gonna talk about discovery, acquisition, acquire and nurture as we look at how to use this orbit in your work.

But if you're able to attract an investor to your work, they will connect to you at this first outer ring called acquaintance.

That's a first gift, and we'll talk about how to achieve and approach that process.

And so when we look at discovery, we're looking at who in that universe is going to be attracted to our work.

How do we reach them? How do we talk to them? How do we express vision to them and attract them to the work and the beginning first line of connection, this concentric circle, if you can picture an orbit is acquaintance. The next line in is friend. So when somebody makes a second gift, they're starting to get involved with you now in a much deeper way.

They may be praying for you. They may be reading your stuff on a regular basis.

They may be connecting with you, but in one, whatever the work of nurturing is taking them from an acquaintance to a friend level if that's where they want to go.

In all fundraising, you're always working in the sense of not manipulating people to something they don't want to do, but providing them an opportunity to do what they're called to do.

What they are called to do, you're providing them an opportunity to participate in that calling, if this is not manipulation.

We're not gonna get into that kind of fundraising. And that's part of the problem of the prosperity gospel and the heresy that's embedded in it of give to get.

So as somebody moves from the, from no connection to you, to acquaintance, to friend, at this point, you're nurturing the relationship.

In case like at First Fruit, we might have started with a small gift, see how you do with it. See how you connect to us, how we connect to you, how things are going.

And then perhaps if the board was very attracted and connected, there'd be another gift or maybe multiple gifts.

The next level in the next concentric circle as we move towards the center of gravity is the advocate level.

And these orbits may criss-cross. So I don't want to get overly complicated here. I'm just making it as simple as possible.

But this advocate level, later, we're gonna have a teaching on social media and how that impacts this whole field.

Well, this is where advocacy is so important, because fundraising comes down to your friends, that is people in that second layer, advocating for you to their friends, to their circles, to their connections, and drawing them into the orbit, exposing them to that.

It could be any number of things, but advocacy is when a friend gets so embedded into your purposes that they want other people to be involved.

That is powerful in fundraising. And it is, it's hard to get there, but when you're there, there's trust flowing.

There is a communion of giving and receiving flowing. And you've got an, you've got a well functioning funding program going when advocacy is working, because advocacy speaks to your character.

That is, I won't advocate for you if I don't trust you, right? And so if I've built trust in you, then that speaks to your character, that your character is trustworthy.

And so when I advocate to a friend or a connection, then what I'm saying is I've tested this person, and they're real.

And so that's that layer.

The next most intimate line before you get to the accountability structure of the organization, the very organization itself, which is this center of gravity is advisor.

Some of those that have gotten involved with you will begin to develop a second love.

When people get their fundraising wrong is when they think that the investor is supposed to love the organization.

They don't, they love your purpose. That's why they're with you. They're connecting at the very loving action that you're causing to happen.

And that's why they're on the journey with you is they want you to lead them to that same destination that you're headed to.

That's a love of purpose. And when fundraising is working and advocacy is working, it's all this is focused on the purpose and your accomplishment of it.

And that is where they care about you and how you're able to go about your job on a much deeper level.

They just care about your character, and they're not sure what you're doing, but they want to come alongside.

So what I'm talking about here is more of the organizational structure of things.

And there's only a few of them more than likely, but it's out of that pool of people that have come through from not knowing you all the way through the orbit of acquaintance, friend and advocate, that becomes somebody you trust to speak in, because they love you, they'll tell you the truth of what they see and think about and your work.

And that advising begins to help you build a team and a sense of fulfillment of God's will. And this is that idea of many counselors. This is where this actually happens.

And if they haven't gone through the whole process of acquaintance, to friend, to advocate, you don't want them in this circle, and you certainly don't want them on the next step, because it's from this circle of advisors and wise people that are around you.

And in the case of a faith based organization, people who are as called of God as you are, and who are expressing their love for God, through working with you, it's from them that you draw your accountability structure.

The biggest mistake we make is having an accountability structure that is a board that has not gone through the orbit.

Let me repeat that. Quite often, we pull a board together, particularly when we're starting to work for the prominence or the position that can give us, or in some cases, it just could be a group of friends, you know, that you started the work with and are there but really are not really going to be an accountability structure for you going forward.

You want to build your board through taking people through the orbit.

The Center of Gravity of Fundraising

Read More
The Center of Gravity of Fundraising