The 3 Questions That Help Form Your Purpose in Fundraising

Learn how to form your purpose in fundraising by asking yourself these three questions: What is God showing you as a leader? What is He telling you to do about that? How will you know you've done it?

And this comes down to an abiding belief that I think we all have, and I just wanna emphasize here, and that's when God gives vision, he gives sight.

So if he's speaking to you about his will and you're seeking and you're open to know his will, how do you begin to test that out since we're mere humans and he's the creator of the universe?

That he's mindful of us, that he has a purpose for each of us, is in one sense, a completely mind blowing concept but it's there.

And one of the ways that I do is in asking these three questions. 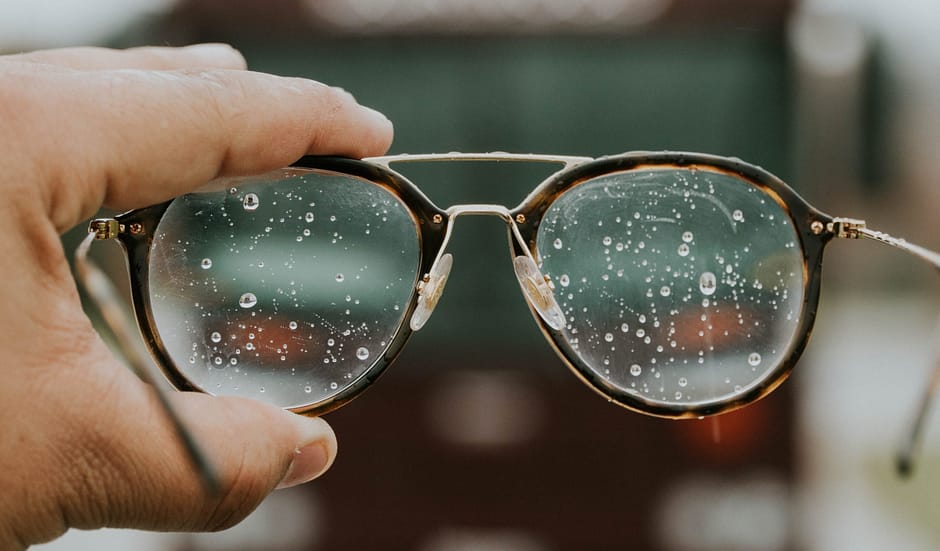 The first of which is, what is God showing me?

I'm literally talking about, what is God showing you? Where he gives vision, I believe he gives sight.

And that is, is that he will begin to show you the things that he wants you to pay attention to, which are the elements of your purpose.

He's gonna show you a need.

And if I stopped here and began to asking each of you, what is the need that you see? We could look at that from myriad of directions, correct?

I mean, if you put God's eyes on and you look through his eyes at the entire human canvas around you, there's no place that you don't see needs even in your own family.

And I believe God has called one or more of us to every need around us.

So the question here is, what's the specific need you want me to focus on, Lord, and how will I know it?

And over time, it's the only thing you see after a while, you just can't stop seeing it.

In the book, When Money Goes on Mission, I talk about how, where I got started in the work of mission.

And I talk about Reverend Lewis Whitehead, the founder of the Rescue Mission in Orange County, California, where I was first began my life as a Christian and where I first began to understand the calling God had put on my life.

And Lewis's calling developed out of watching a group of homeless people sleeping under a bridge as he drove home from a military base where he was working.

And there's a bit of drama in the story and I won't go into that here, but I'm saying that he saw that homeless encamp and could not let go of it - it was in his dreams, it was in his ideas.

He was looking for it when he was driving home from work, God was directing his attention.

And that's the first question. What are you showing me, Lord?

To Lewis, he was showing him the homeless, the least, the last, the disheveled, the put away, the forgotten and saying to him, "What...?" 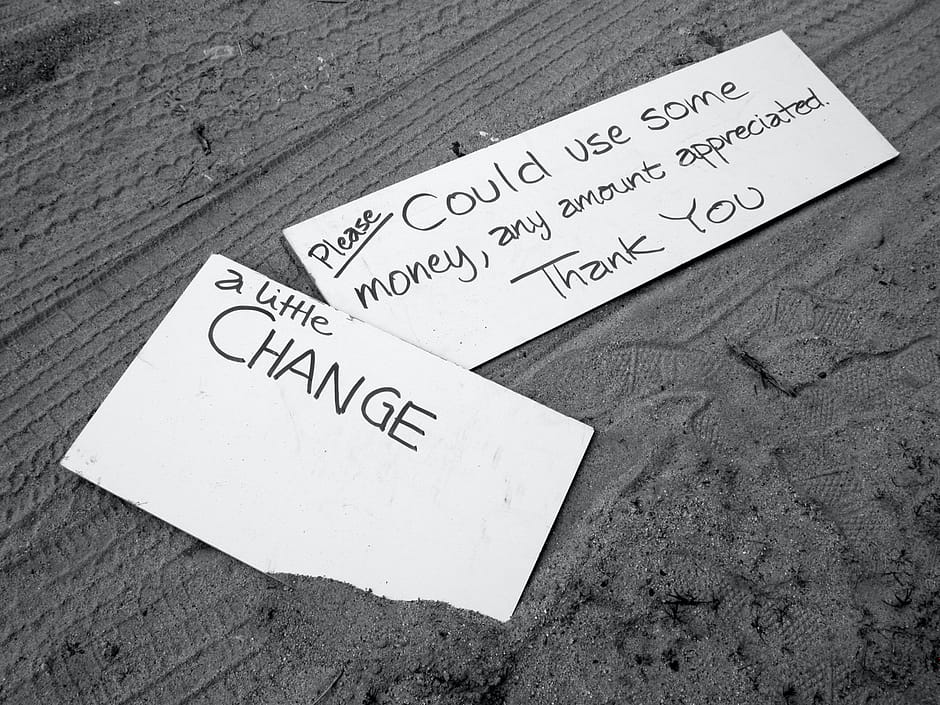 2. What Does God Want Me to Do About This?

Okay, Lord, I see this need. I'm beginning to understand the parameters of this need.

What is it you want me to do about it? That's the second question.

In the case of the Rescue Mission, again, I will say that it's easy to pull your strategies.

The reason this is such a tough question to ask, is normally when you're asked, "What am I supposed to do about it?"

You start looking at all of the needs of these people, the reconnection, the human beings and learning their own sense of purpose.

You see all of that, but is that the fundamental thing that God wants you to do?

That is the question and the difficulty in asking the second question and something that you need to come back to and back to.

At First Fruit, we answer the question, our purpose, that is the purpose of the money at First Fruit.

And what it was supposed to do is to come alongside those who are ministering in the hardest places on earth and help them flourish in their calling.

So that might be a grant, it might be some counsel, it might be some teaching, but whatever it is, it's to come alongside them and help them flourish in their calling so that they can do the loving actions of the gospel that they've been called to do.

And so when I talk about how I connect to them, the whole purpose of connecting to them is understanding their purpose, understanding how they're gonna go about it.

So how do we help you flourish in your purpose?

And when your life is laying in a gutter, being a new person is a pretty good thing.

It certainly makes you a more comfortable person, but it's Jesus that works from within to help you come up out of the, and heal you out of that issue.

So we described our purpose as being evangelists to the least, the last and the lost.

Now, back when I did that, I didn't understand the concepts of integral mission or holistic mission but that's what we were basically looking at.

We felt the meals and shelter and other things that we did were only an expression of that evangelization but if they never had a chance to encounter the creator on a personal level and the power of the Holy Spirit in their life, then we felt we hadn't done our job.

Which leads to the third question.

And all three of these questions are integral to being able to express your purpose to others but also to understand them for yourself.

Now, you can get down into the weeds of your strategies and their outcomes and your evaluations of your outcomes, all of which are good practices, management practices, but what I'm talking about here is on the more global level, if I may, of your issues.

So for example, at First Fruit, how will I know that you're flourishing in your calling?

Well, part of that is going to be how you use the funds that we've invested with you.

And so part of what you have to do is help me with reporting. And when we talked about the communion of giving or receiving, this is how this all sort of ties together.

What we're talking about is, what happens in a communion of giving or receiving is trust is exchanged for accountability.

And that is a trust, that's why character is so important. Can you be trusted with this thing that God has entrusted me with?

So for us at First Fruit, then it comes down to, how are you using the money?

This was so important at First Fruit that we worked as hard on getting reports as I did on getting the proposals in the first place.

And by this, we're not talking about a final exam and a grade but more idea of what's happened? What's changed with your ministry? How have you dealt with success?

What do you do about that? How do you deal with success?

The other is failure is inevitable.

It follows me, I don't know about you guys, but it follows me around like a shadow. I turn in the wrong direction and boom! I'm off the balance.

And so how do you get back up? How do you deal with the inevitable challenges and failures?

Whether they're out of your control such as COVID-19 and how at the time of this teaching, we're in the midst of a COVID crisis which you'll all know about no matter how many years from now you may stumble across this.

I wanna know that because this comes down to your track record, again, looking back, seeing how you dealt with those things because they are inevitable.

Listen, one of the hardest things we had to do in these reports was give people permission to tell us the truth.

We wanted to learn as much as you were learning. And in fact, it was a knock on you if you were not a learning organization.

And so, for me, if you said, "Nothing went wrong, everything is fine." It wasn't that I wanted to distrust you, it's just that I thought, "How's that even possible?"

And so for us at First Fruit, we answer that third question that, "You're flourishing in the sense that you may not achieve everything you thought your idea would achieve in the given period of time that the proposal covers."

But what's your progress look like? What have been the challenges? How are you doing?

And that all is an indication of your health and that is that you're flourishing.

At the Rescue Mission, in the broader categories here, we wanted to know that you were fed and warm because it's impossible to preach to somebody that's hungry and cold.

And so that's the whole bottom line of integral mission, is the loving action, is to see to the need of that person but we also wanted to know that you were coming into your new life.

At the Rescue Mission here in the Seattle area, one of the best run missions I've seen anywhere in the world, they have five criteria after two years that tells them that they've done their job.

And that is with people who have come out of the temporary shelter into their new life program.

And so, in looking at a proposal for their new life program, the five criteria are:

You don't miss, you don't make any one of those five, you're not considered a success.

At this particular Rescue Mission, they have an 80% success rate, that after two years, all five of those criteria are being met by the graduates of their programs. And so, that's what I mean here.

So let's just take a look at that Rescue Mission example just for a brief moment. And, so how do you achieve those five things?

They don't have a conference room at that Rescue Mission, they have what they call a "War Room" and across the walls, you see all the detail of how they make those five things happen.

And yet they would say they are evangelists to the poor because at the root of it all is the transforming impact of Jesus, the Holy Spirit and God on that individual.

So that's what we mean by these three questions and the difference between your purpose and your strategies.

The 3 Questions That Help Form Your Purpose in Fundraising