The Intersection of Faith and Excellence

Does ministry fundraising equate to a lack of trust in God? In this episode, we will explore the intersection of faith and excellence.

Rob: One of the most vexing issues I dealt with when I'm writing the book, When Money Goes On Mission, was to address a fundamental question that I had to deal with when I first got started in mission work.

However, I've learned that here is the great joy of being in Christian leadership, and that is this intersection of faith and excellence.

When I was a young, a much younger person, and responsible for the work of the Rescue Mission in Orange County, California, my first foray into mission, I was laboring under what was known then as the Müller Myth.

And a number of my colleagues and friends and other people I'd gotten to know in the work struggled with this same question.

And that was the myth that the great missionaries of the past, the ones that we had fallen off from, didn't do fundraising.

They prayed the money in. They went to their closet and prayed their money in.

You have major organizations, major mission organizations in the United States that actually told their missionaries that they could not ask for money, they could only seek prayer.

Well, after a while they still needed money and so their prayers turned into fundraising.

And God meets those needs, because when we put ourself into a place of his service, yielded to him completely, he's gonna make things happen. 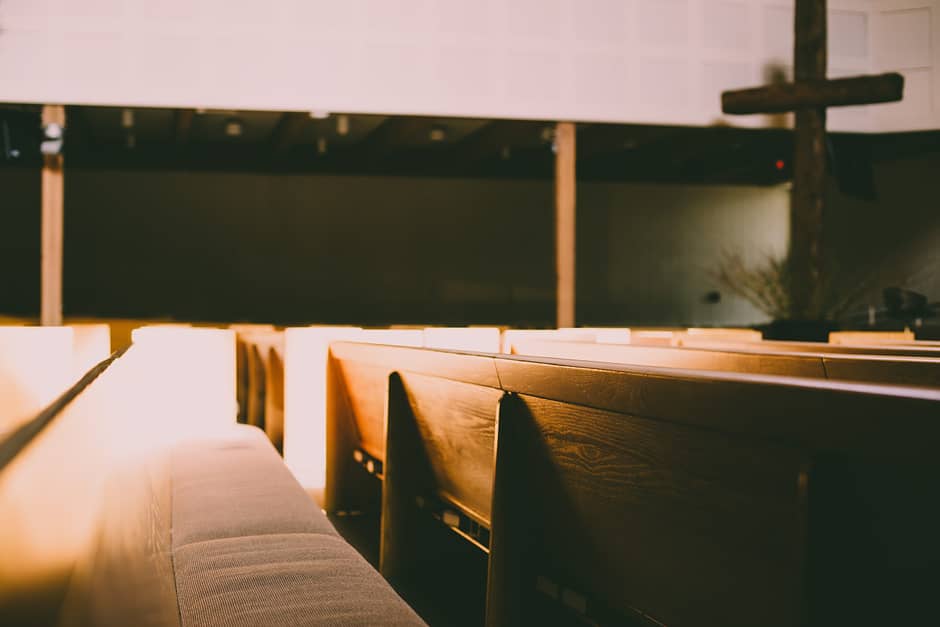 Does Fundraising = Lack of Trust in God?

And so I was struggling with how to phrase this, in the book, how to phrase this, what felt like a dilemma or dichotomy to me, between reliance on God and getting after fundraising, because there's such a transactional nature to fundraising the exchange of money, things like that, that you're wondering if you've stepped away from your God-given purposes and calling because you're doing it and because you're showing a lack of trust.

Now many of you have gotten past this. I certainly had to struggle through it, many years ago.

And attitudes towards fundraising have been changing since then, particularly in the world that is represented by those of you taking this course.

And so, I read his biography, Müller's biography. He led a group of orphanages in England, in the 19th Century.

And was known to go to his prayer closet and pray. It turns out he was a failed missionary from Germany to the Jews of England and became a pastor.

And didn't like the selling of pews. And waited on his congregation to provide sustenance for him so that he could preach. And he stopped the practice of selling pews, which was how the church raised, the church that he had been called to was raising money.

And said, "All can come, anybody can sit wherever they want." There used to be a little corner in the back for the poor that couldn't afford to buy pews where they could stand. And his congregation responded.

He then put a big box in the back of the church, which in my view was the loudest fundraiser ever because everyone in that church knew that that was how they were gonna sustain the work and perhaps even get involved in missions.

And that was illuminating to me. That there was something we're supposed to do and something that God does.

And when I say this is the great joy of being a Christian in leadership, I don't know, my guess, all of us that are called of God to do something and have yielded to that will and are engaged in mission, have experienced this. When we are in the will of God and moving forward with ministry, there's this place where we know how much we've accomplished, what we can do with our skills, our knowledge, our background, our preparation, our planning, all of it.

We know what we can accomplish. And then we see something that we didn't add to the process, take the accomplishment out much further.

I call those Ebenezers, an in-breaking of God. I have learned this early, also at the Rescue Mission, that despite my feeble efforts, I saw extraordinary things happen.

And I realized that I was in a partnership with God. And that's where the great joy of Christian leadership comes from is this intersection of faith and excellence.

As I was struggling to figure out how to put this into the book, one of my mentors, an author here in the United States, Dr. Henry Cloud, who's also on the board of directors of First Fruit.

And who came up with the assignment to have me write the book. I was sitting in his office and I was puzzling over this chapter.

And I said, "You know, I need some way of describing this." And he, in a snap of his finger just said, "Well, it's fly to where the bugs are."

And immediately it opened up for me. 'Cause if you look at that scripture that he's referring to that where Jesus says, "Look at the birds of the air. Does God not provide for them?"

I realized sitting here in my home here in Washington state, and looking out across a bay, there's a eagle, a breeding pair of eagles that sit out here and nest every spring.

And I watched them fish, where they take a very long time watching. They sit, and perch, and watch, and then they fly on the currents of the air very high and without showing shadow.

And then when they think the time's right, and they see a fish near the surface of the bay, they swoop in this mesmerizing dive and snatch the fish, if they can.

Quite often, they can't. And I began to realize and make the connection that despite the fact that God provides, we have to work.

So he provides the fish, we have to go get them. And that's this intersection that we're talking about this morning, this faith and excellence.

So to lead, we need to be fully of faith and fully of excellence.

We need to work that all through in order to be able to create the attractiveness that we want for people to come, who have God is calling to our work, and calling to the same destination that we're headed to.

And so this may be, for all of you, a place that you've arrived at. But in the area of fundraising, this is where people kind of break down on this.

And can sometimes feel that they've got the worst job in the organization, because they're the ones that have to deal with the ordinary, and they may even think somewhat difficult and dirty job of doing fundraising.

We talked about this in the past, that fundraising isn't begging. This is really where we're talking about. It's part of what God has caused us to do. Work is part of our existence.

So completely reliant on God for his provision and working as best as we can, constantly perfecting ourselves.

Ministry Work is About Creating Transformation

And what does that mean by perfecting ourselves? That means we question success.

I find this in years of coaching and looking at ministries, everything that everyone on this call is seeking to do, has to do with transformation.

And there is no harder task than transformation.

There's a certain amount of transformation that any human being can do through self effort.

And then there's what the Holy Spirit can do through counsel and that's what our work is about is creating that transformation.

And what we're about here, is communicating that transformational thing to those that we need to join us on the journey.

Many of you can speak to this quite strongly about how difficult it is, sometimes, to bring the loving action to the beneficiary.

For example, Lilian, working for the African Evangelical Association, one of her main questions, reasons for being in this course, is how do we go from the attitude of can't, to can?

I can't do fundraising, there's no funds here, this is the poor, the Americans are rich, or however they think about it, or woe is us, we have no way of getting money and we need some.

There's hardly anything more hard to do, then take somebody from can't to can. Yet that's the process of transformation.

And so, she has as important a selling job, if I can use that phrase, to the beneficiaries, which in this case are associations of evangelicals, as she does to her stakeholders, that is her investors, and her staff, and volunteers, and her leadership.

That's that intersection that a leader has to manage up into their stakeholders, manage down, in a sense, to their staff and volunteers, and manage out to their beneficiaries.

So when we talk about faith, and excellence, and communication, that's really our goal.

And we're looking at the here, the intersection between our efforts and what God does for us.

I learned this early, as well, that despite, and perhaps I'm repeating myself here, but it's important for you to understand my perspective on this, of how I can push things this far, thus far, you know, showing the distance.

And how, when I'm in the way of God, how much further things get done that I know I didn't do.

And success comes in unusual and wonderful ways that confirm to me that I'm in God's will.

The Intersection of Faith and Excellence

Read More
The Intersection of Faith and Excellence