Rob: Steve, while I have you today, I wanna fast-forward to your job today.

Rob: You're working, as I said earlier in the podcast and I'll repeat it here, in case this gets broken up into two, that the mission in Seattle is arguably the best run mission I've ever been around; in terms of knowing its purpose, in serving its purpose, in not compromising the gospel, yet in being a critical, critical part of Seattle's response to the overwhelming homeless situation, the encampments.

Anyone that's ever driven up here on the freeways sees the encampments and knows or been to a ball game and saw the people camping all along the parking areas and access points.

It's a terrible problem, mostly to do with the opioid crisis, and other things like that. Mental illness, PTSD, these sorts of things. 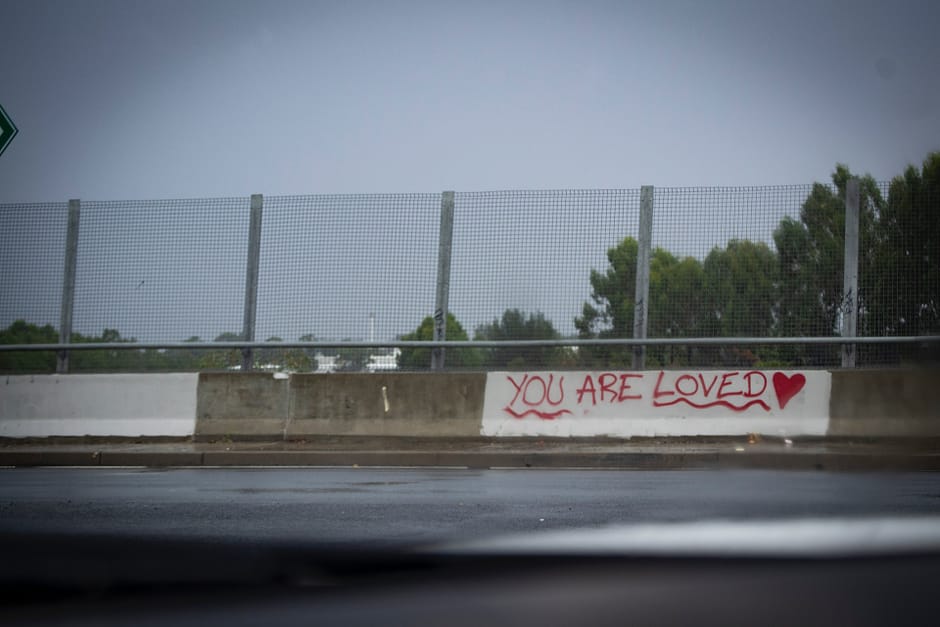 What Messages Are Communicated to the Homeless?

Rob: Tell us about fundraising for that mission and how important it is that this mission actually knows how to inspect it through.

Steve: What was the last phrase? I didn't hear.

Rob: That this mission knows how to look at its root, and tell you what's going on. It's the part that amazes me, but I'll let you talk about it, and then we'll explore that a little bit.

Steve: Well, there's one distinction about homelessness and working at the mission.

You know, our vision, let me say our mission is to really bring the love of Jesus and the hope for a new life to our homeless neighbors.

And what we realize is that these homeless neighbors are people's sons, daughters, friends, colleagues, and bad things have happened to them, but there's still nonetheless, design, built and created for God.

So one of the things that we have a passion for at the mission is to make sure that every person who's homeless understands that they're loved by God, and that they're valuable.

Whether we're on search and rescue, and we're trying to create a connection and survival for people who are literally freezing to death, starving death, it's hard to believe in the United States that would happen, but it happens.

And those people in survival, we go out every night, 365 days a year, 24 hours a day. We have somebody at night. We have somebody during the day. We're out trying to reach people by trying to tell them that they're beloved, they're valuable, there's value in them. So that's what we do.

You Can Be Redeemed

We also want them to know that they can be redeemed. So everything that we do, it may not be verbally when you're out, you have to build trust, just like with anyone.

You have to build trust with them. So we let them know, we care about them and we keep repeating.

We have a message, and the message is that, "Somebody loves you." Sometimes it's with words, sometimes in the beginning, it's not, but eventually, we're constantly trying to give them opportunities to say yes to the redemption.

You Can Be Restored And We Can Help

These dual-diagnosis aren't uncommon to have both of those at the same time, but we try to get them in a place where they're stabilized.

And we have program to do that. But we don't lose sight that we need to get them to the next stage, and that's to recover them.

So we have places, facilities, men's shelters women's shelters, with programs, with counselors, with people who actually spend their whole day pouring into these people and giving them valuable tools of how to cope, how to build in good character habits in their life, how to get them that we don't shy away from the gospel.

We get them into this program of having Bible study and hearing God's words and saying yes to the gospel.

And then we take that full course to post-graduation and we help provide them to get a job. We help to have, get them housing. We help to get them connected to local communities.

Rob: Reconciled with their family, if possible.

Steve: Reconciled with their family, which is oftentimes one of those bridges that's really important, Rob to re-engage, because what happens-

Rob: In the hardest bridge to cross for many of them. 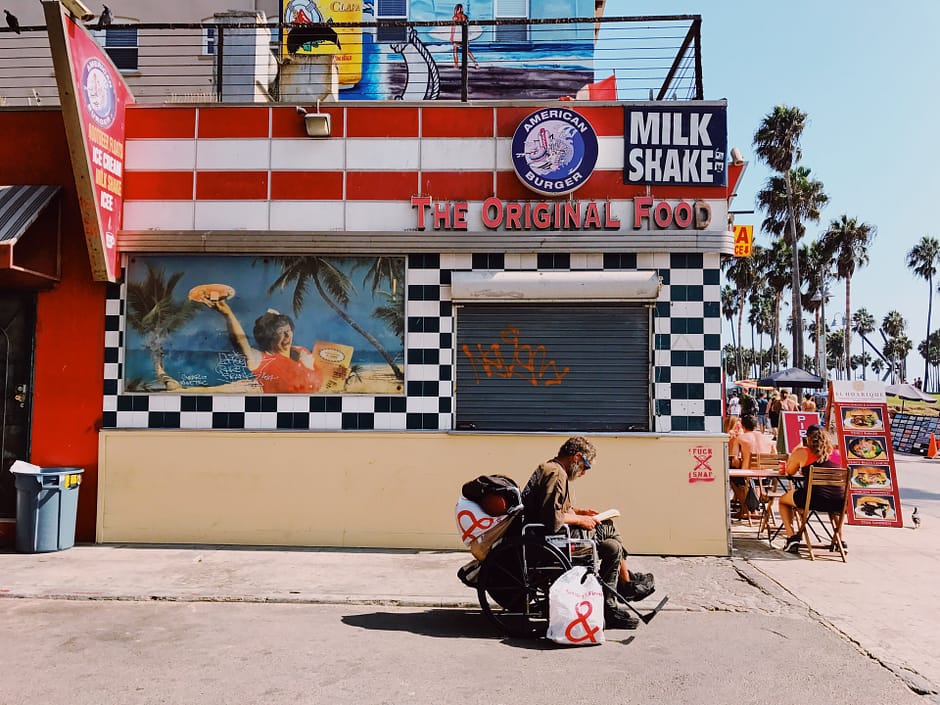 How Do People Become Homeless?

Steve: It is with the brokenness of their lives. Many times these people Rob, are often, not always, but many times women are homeless, because they've been abused.

Men have been abused. Because of family lives or decisions that they made in the home that broken this, that happened.

They make a decision or two, which we're all capable of doing, and that can lead to devastating effects. You can start taking drugs, you can start alcohol. And that breaks the relationship of families and breaks trust of families.

And so when we're in the recovery stage, many times, that recovery will be how to bridge back and restore those relationships.

I can give you a story outside of the mission of a woman who came to our house, Kathy and I, that worked with the mission.

She came to our house, her name's Ellen, and Ellen works for our ministry. And Ellen came to us 10 years in a row, looking for her daughter on the streets.

She came from a Christian home. She was educated, she had a degree, she had a great job. She made a couple bad decisions from early childhood that brought her into devastating effects.

And her mom came looking for her every single year, and stayed at our home for three weeks at a time, looking for a daughter, hoping to find her.

Establishing a Relationship with the Homeless

Those broken relationships are really common. But what happened was that this whole idea that I said at the very beginning, we do not give up on people.

Of those homeless people, 6,000 of them about roughly half, live in the streets with tents. Of those people that live in tents, through search and rescue and through our outreach teams during the day that follow up on search and rescue, we know 3,000 of those 6,000 people by name.

And like you just said, we take them through that survival, stabilization and recovery, and we restore those relationships.

That's important, that's really important. And it's something that we want to display and show that we love them, but our goal is to make them whole, and we wanna measure if we're successful in making them whole.

So we have a real passion to know if we're successful.

Rob: And that's the five criteria.

Steve: And that is the five criteria, so-

Displaying the Love of Christ in Real and Tangible Ways

Rob: I wanna put a pause. I wanna talk about the five criteria, but I wanna emphasize why I fell in love with the mission, when I went over and spent a day.

Well, one, I just love mission more than it's worth, where I got started, but it was the oddest little ministry that you have.

And there were a number of people every day that wandered in and out of these businesses and had inappropriate behavior inside the business; a behavior, not inappropriate for someone who's struggling with mental illness, but something very disturbing to everybody around them.

And the police stopped going out on the calls when the businessman would call and say, "Hey, there's this person in my lobby yelling, and I need you to help get rid of this person."

The police stopped coming out and the mission stepped in, and started visiting. It gave a phone number to these business people down there, and I believe they even funded it somewhat. And so that when someone came to their lobby, they'd call the mission, not the police.

And the mission would show up with the phrase, salt or sweet, meaning, "Hey, you're hungry? Let's go to McDonald's and I'll get you some burger and some fries, or if you want a donut and a coffee, let's go there."

And because you knew these people by first name, they'd immediately calm down and go with you. That was the story.

So that's the kind of on-the-ground connectivity that this mission has. And frankly, if you're listening to this podcast or watching it, it's the kind of outreach that every ministry should have, where it's displaying the love of Christ in real and tangible ways that even the civic authorities can't do, where you're from.

But I wanna move on to the five criteria and how that helps in fundraising, but I'm just so taken with that story.

Steve: Yeah, do you mind me telling you a little story, and-

Rob: Of course, not.

Steve: Maybe you could edit this out and it'll be-

Police wouldn't even go into the jungle, because it was too dangerous. They would probably not come out alive. It was that dangerous.

But the city decided they were gonna clean the city up and they were gonna take and clean that up. So the mayor and a team of officers with riot gear invited us because they knew we had worked there to come to help them, kind of de-escalate if something were to arise.

And as the mayor and the SWAT team, if you will, came into the jungle, they were ready to show, use force and go into the jungle to start clearing out camp encampments.

And a few of our staff who were behind the policemen and in front of the mayor, the mayor was in the back.

Rob: I'm behind you, well, I mean way behind you.

Steve: Right, but what happened was we brought donuts and food. And when we got to the encampment and the police-

Steve: We brought donuts. What happened was-

Rob: Donuts are the foundation of rescue work.

Steve: Right, and the police were in the front and they were ready to go forward. And they noticed the workers behind them.

And they go, "What are you guys doing here?" And the mayor said, "Let them through." And we went to the front of the line, and we said, "Hey, we brought some donuts. And we just thought, we'd tell you what's going on. That we wanna displace you to another place that's safer, blah, blah, blah, blah."

And they invited the police in, and the police sat down their gear. And the mayor walked in with our team into the encampment as we de-escalated that whole scenario, because we knew their names, well, Rob. And that made-

Rob: That made the papers, I remember when the jungle got cleared, and the mission was right down in the middle of it.

Steve: It was remarkable because you know what happened is that they knew they were beloved.

Steve: And so this is, and our goal is to restore them. So that's a great story.

Your story is a good one, but that's another great story about that, that we do like showing the love of God going forward, demonstrated indeed.